Logan Marshall-Green will star in Stem, a sci-fi movie written and to be directed by Leigh Whannell, the co-creator of the Saw and Insidious horror franchises.

Blumhouse Productions is producing Stem in association with Goalpost Pictures Australia. The movie will shoot in Melbourne, which is also Whannell’s hometown.

The script is set in a near-future when technology controls nearly all aspects of life and centers on a technophobe (Marshall-Green) who avenges his wife’s murder and his own paralysis-causing injury with the help of an experimental computer chip implant called Stem.

Stem will be an Australian film produced by Goalpost and Blumhouse that will be distributed in Australia by Madman Entertainment.

The government of Melbourne’s province, Victoria, attracted the production via Film Victoria’s production incentive fund, and the project is expected to create more than 200 local jobs. Among the facilities to be used will be Docklands Studios Melbourne.

“To be shooting this science-fiction film on the streets of my beloved hometown of Melbourne is a dream come true for me,” Whannell said Thursday in a statement.

Landing the movie in Melbourne was a huge coup for the local government. “It demonstrates the confidence Blumhouse Productions and Goalpost Pictures have in Victoria’s creative talent, crews, world-class studios and great locations,” said Film Victoria CEO Jenni Tosi.

Whannell has worked with Blumhouse to great effect. Insidious, the horror franchise Whannell co-created with James Wan, was a Blumhouse production, with Whannell writing and directing the third installment, which went on to become the highest-grossing horror movie of 2015. He also wrote Chapter 4, which is set to open Oct. 21, 2017.

Marshall-Green is best known for co-starring in Ridley Scott’s Alien-themed Prometheus and most recently starred in Karyn Kusama’s horror-thriller The Invitation. He next will be seen with Michael Keaton playing a villain in next year’s Spider-Man: Homecoming. 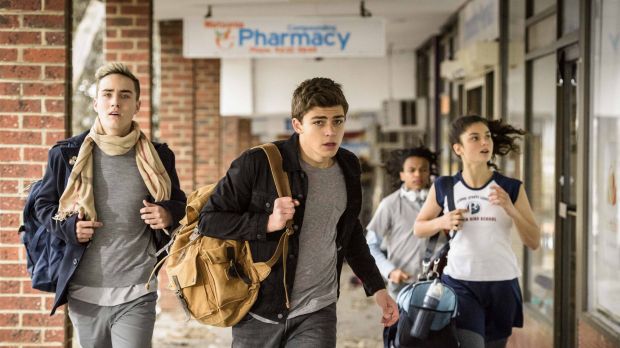